March in Texas means Houston Rodeo, crawfish boils and allergy season. But, it’s also a time where many Tejanos honor the legacy of the Queen of Tejano music, Selena Quintanilla-Perez. The Corpus Christi native was (and remains) a music, fashion and cultural icon to many Latinos throughout the world.

The “Como la Flor” singer sold out the Astrodome several times and her last performance was at the Houston Livestock Show and Rodeo in 1995. It was the biggest-selling show that year and the most remembered one of her entire career. The purple jumpsuit that she wore became as iconic as Selena herself and is now on display at the Selena Museum in Corpus Christi.

The jumpsuit is one of the many outfits that Selena created. She designed every single outfit she used on stage throughout her career. She was all about hats, embellishments, fringe and staying true to her Tex-Mex heritage. Back in the 90s, many elements of her outfits were considered eccentric. (Not even her dad understood some of her fashion choices. Remember that scene from Selena?)

Abraham, Selena’s Father: It’s a bra! It’s a bra with little sprinkly things on it. 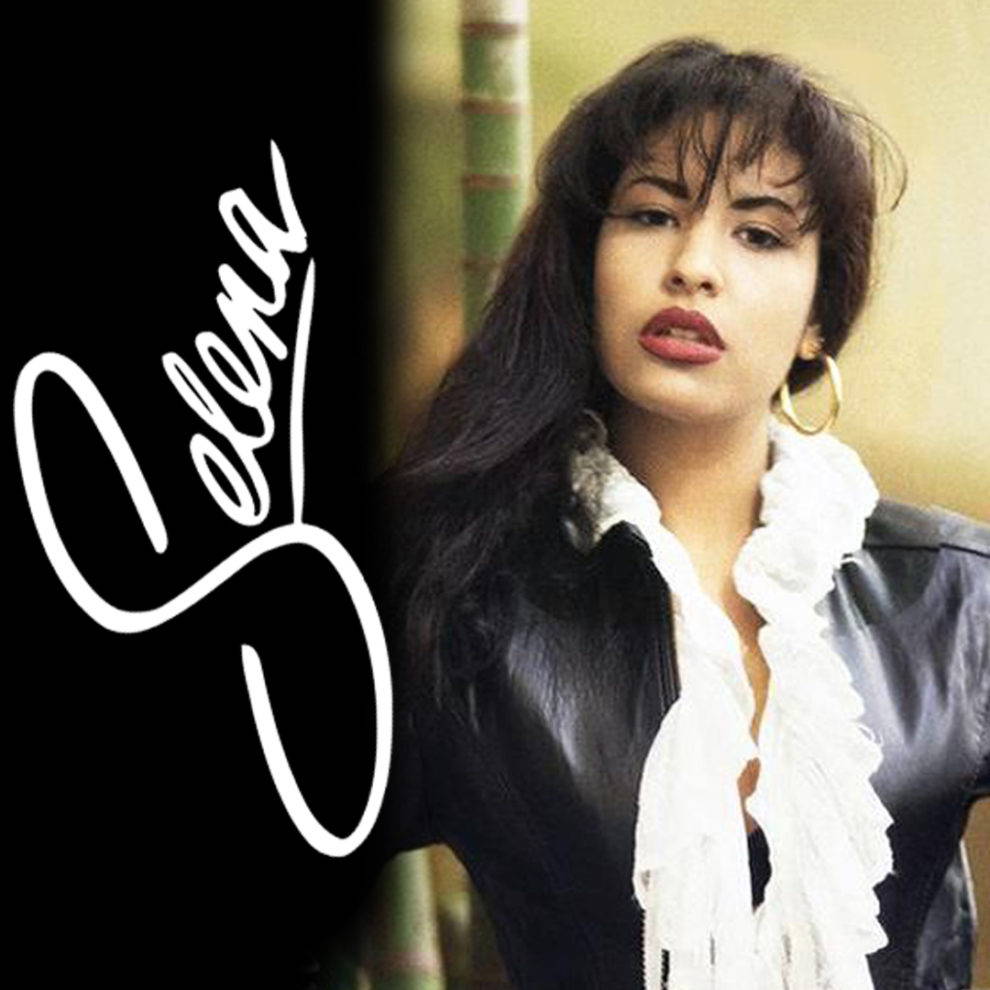 Nowadays you see celebrities, like Beyoncé, channeling their inner Selena and walking the red carpets in pieces that are reminiscent of La Reina. This tells us that Selena’s style is timeless, just like her!

Here’s how you can take elements from some iconic Selena Quintanilla outfits and plug them into your own wardrobe. 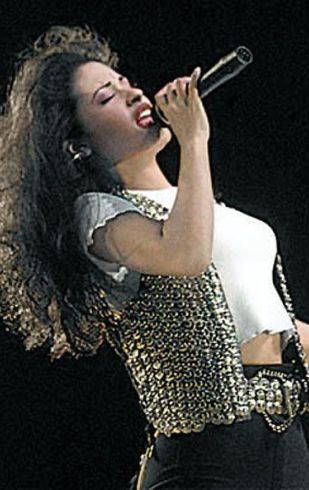 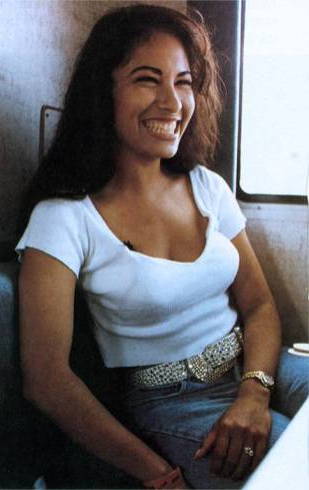 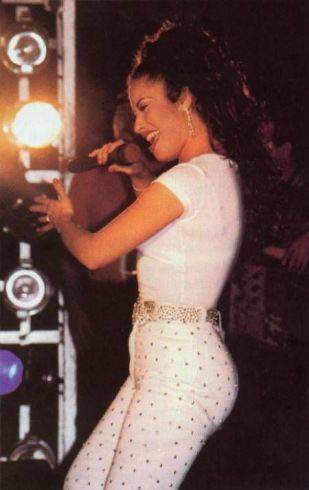 Selena loved embellishments! And for the perfect Selena Quintanilla-inspired outfits, the more, the better. This look is simple and easy enough to recreate. Start with a solid-color top or tee like this ivory Staples Lace Tank or this black Arianne Teri Reversible Lace Black Top. Then, pair it with your favorite pair of pants, jeans or leggings. Finally, add a belt like this black Gator Crystal Flower Belt for some real Selena Quintanilla fashion-. 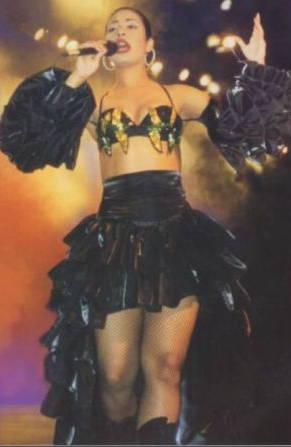 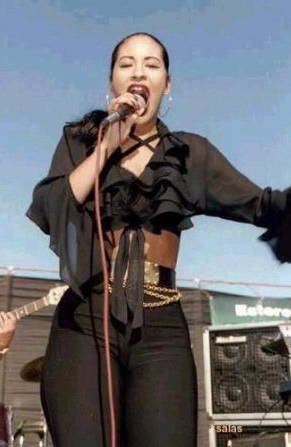 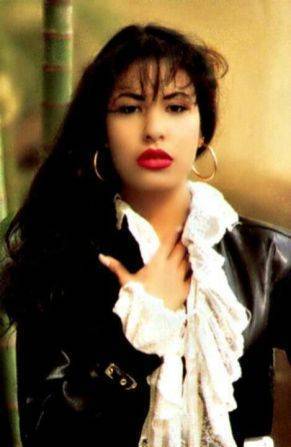 What’s more Tejano than ruffles and flared sleeves? Pair this Vintage Collection Turquoise Mermaid Skirt with a solid-colored top for a look that the Tejano Queen would definitely approve of. Want to Selena-fy the outfit even more? Throw on this Black Crystal Belt.

If the ruffled skirt isn’t your style, try a Venus Flower Lace Topor the White Ruffled Peasant Blouseby Vintage Collection. Then wear either top with your favorite pair of cowgirl boots. 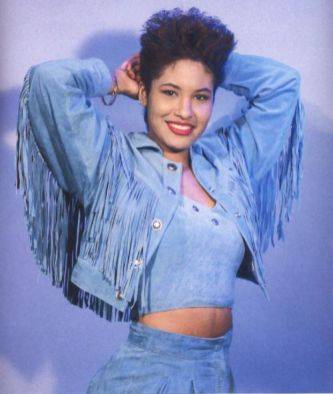 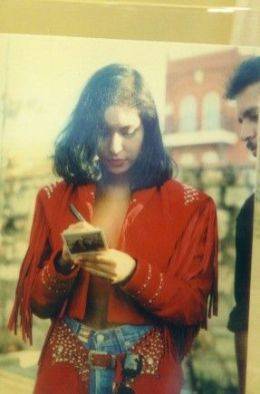 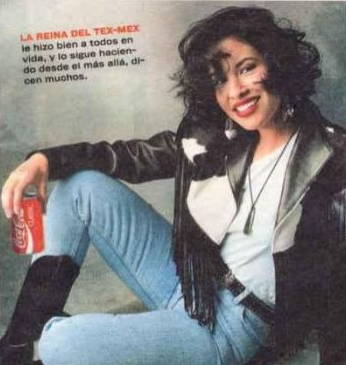 Just like any other true Texas girl, Selena was all about the fringe. It wasn’t easy to pick just a few fringe styles, but we managed to narrow it down. Here are a few pieces we feel fit best with Selena Quintanilla outfits:

Wear any of these with jeans or leggings, boots and solid-color top to tie the look together. 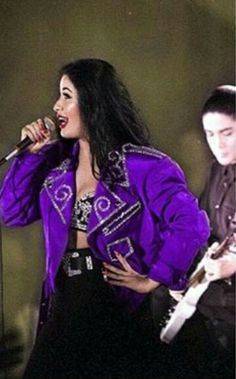 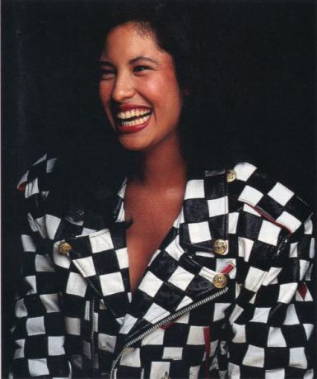 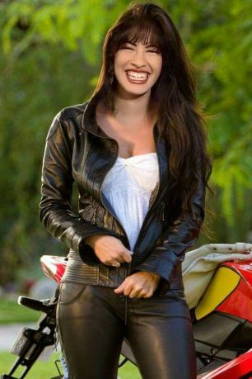 Selena knew how to work a leather jacket. To pull off the look, try this blushBagatelle Jacket or this Stetson Lamb Moto Jacket. Wear either with a fringe blouse like the Joh Layered Fringe Top, leggings or jeans, and to add the finishing touch, some amazing boots. Then, “Bidi Bidi Bom Bom”—you’re done!

Fun Fact: The outfit with the purple biker jacket and bustier is the one used on her Madame Tussauds wax figure in Hollywood. 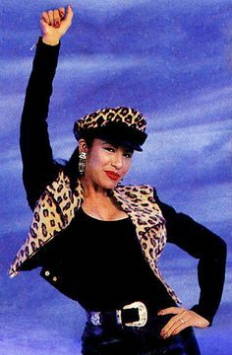 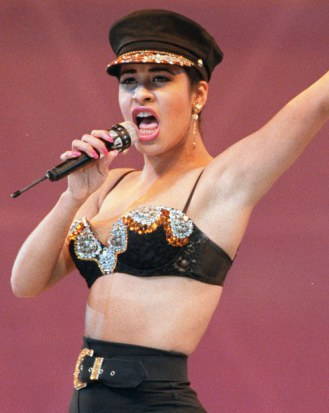 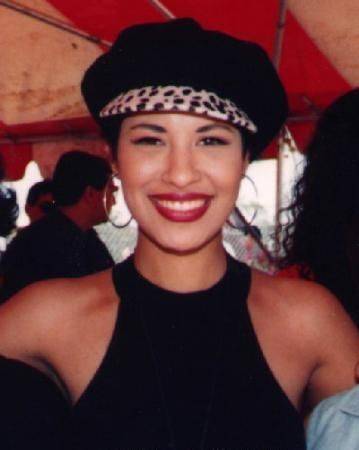 Commonly known as a newsboy cap, this style is known to Selena fans as a “Selena-style hat.” She loved hats with exotic prints and rhinestones, so why not combine the two? Take a look at some of our favorite sparkling caps that scream “Selena!”

You can wear an embellished cap with pretty much anything! Pair it with your leather jacket, match it with your belt or accessorize your dress. The options are endless. 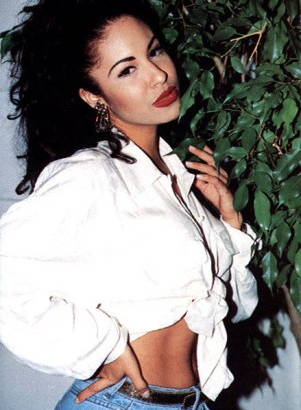 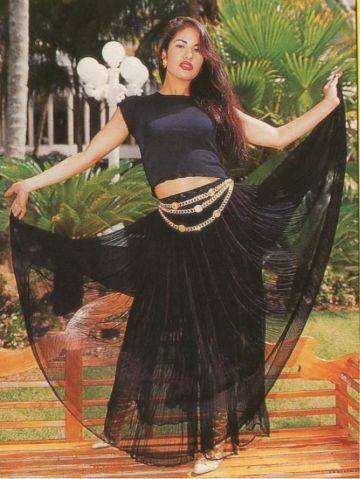 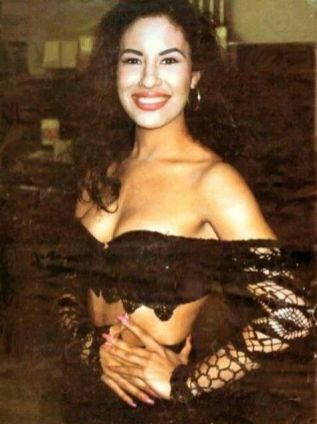 We’re convinced that Selena made crop tops cool way before the world was ready for them. They’re best worn with high-waisted jeans, leggings or skirts.

Now that you have your Selena Quintanilla apparel, you’re ready to head out to the annual Fiesta de la Flor Festival in Corpus Christi, held in honor of the Queen of Tejano. You’ll fit right in, we promise.

*Editor’s Note: All images of Selena are from Google images. Due to the date of the pictures we are unable to locate credible sources. If any of the sources are known, please contact us so we may give credit in the post.